Clare Woods is a British sculptor-turned-painter best known for large-scale, oil on aluminium works that strike a balance between observation and abstraction. Often based on photographic source material, Woods translates an image into a version removed from itself, though still reminiscent of an object. Born in 1972 in Southampton, United Kingdom, she studied sculpture at Bath College of Art and received her MA in fine arts from Goldsmiths in London.

Prior to 2011, Woods’ work mainly depicted abstracted, anthropomorphized landscapes, and she has since gravitated toward painting the human form. The artist has cited Francis Bacon, Louise Bourgeois, and Alberto Giacometti as influencing the development of her process and idea of space. She has exhibited with her partner, sculptor Des Hughes, Lynette Yiadom-Boakye, and Ingo Meller.

In 2016, Woods published Strange Meetings, a monograph covering 25 years of her practice. The artist’s works are in the collections of the Albright-Knox Art Gallery in Buffalo, the ARKEN Museum of Modern Art in Copenhagen, and the Southampton City Art Gallery, among others. In 2012 Woods was also commissioned by the Contemporary Art Society, London to create a permanent ceramic mural for the London Olympic Park. Woods lives and works in London, United Kingdom. 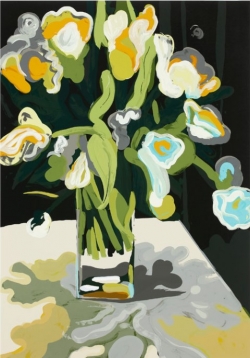 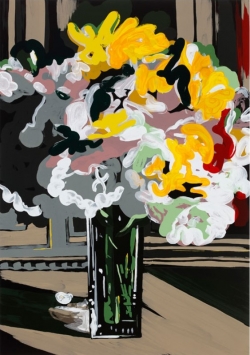