This legendary Spanish artist was born in Montroig, near Barcelona. While Miró began his studies at a business school he soon turned to art, studying at the Art Academy of Barcelona, the Gali Academy and finally at the Free Drawing Academy of Saint Lluch, Barcelona.

Towards the end of 1923, his work underwent a breakthrough period and his own symbolic abstract language appeared. The poetic vision, dramatism and cheerfulness of his works also show his increasing fascination with the primitive art of the cave paintings.

His first large exhibition was held in the Museum of Modern Art, New York in 1939. Works by Miró are held in the most important international art collections, The Louvre has two paintings by Miró from Picasso's personal collection. The Miró foundation was established in 1971 and a museum was later inaugurated in 1976.

Joan Miró died at the age of 90 at his country home not far from Palma de Mallorca in the Baleares Islands.

Joan Miró was probably the most surrealistic artist of all and is considered to be one of the most important artists of his time. 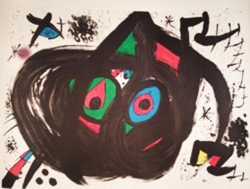 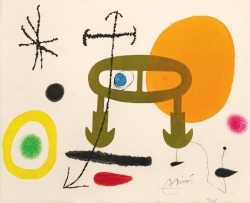 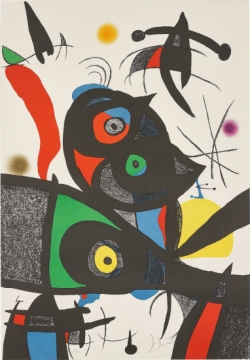 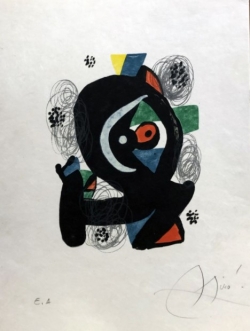 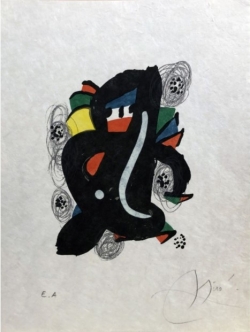 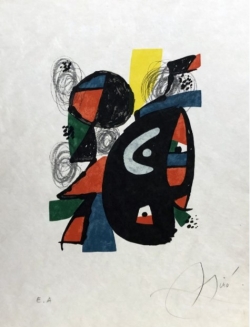 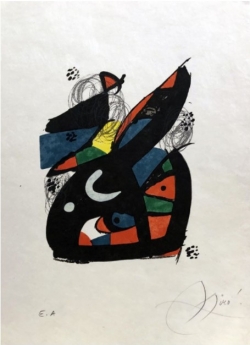