Deborah Bell was born in Johannesburg, South Africa on May 25,  1957. She received her B.A. (Hons) and M.F.A. (1986) degrees at the University of Witwatersrand. Bell has lectured at various tertiary institutions, including the University of Witwatersrand and the University of South Africa. She has travelled extensively in Africa, North America and Europe. In 1986 she spent two months working at the Cite’ Internationale des Arts, Paris. Bell works in a number of mediums, including painting, drawing, printmaking, animation and ceramic sculpture. She has been in many solo and group shows, both locally and abroad since 1982. From 1986 to 1997 she collaborated with Robert Hodgins and William Kentridge on various projects. The most recent collaboration is entitled Ubu and the Truth Commission, reflecting on the Truth and Reconciliation Commission that was set up in South Africa to address the crimes of apartheid. 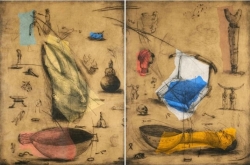 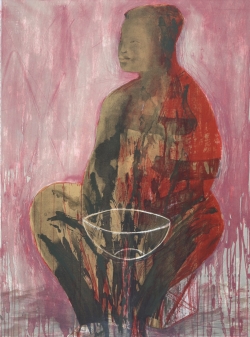 I Believe in All That Has Never Been Spoken 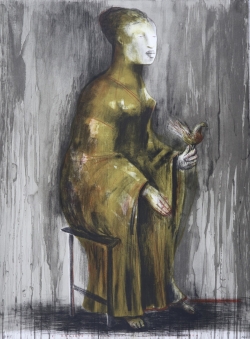 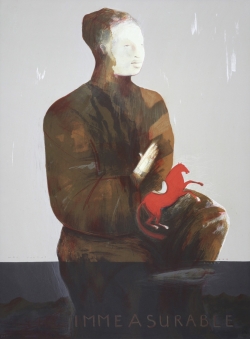