Born in 1976 in Johannesburg, Fringe was educated in the Natal Midlands, after which he studied design at the Red & Yellow school of advertising in Cape Town. After plying his trade with various agencies, in 2003 he shifted his focus to the contemporary arts seeking its fundamental objectivity in the art space.

After enjoying over a decade of success locally, in 2015 he decided to go to New York to absorb an alternate train of thought. Having gained an understanding of the importance of communication through street art, in 2016 he returned to South Africa to begin focusing on putting a message out through his work.

Why Fringe? He says, “I find it amusing that every woman working in the art space has one – one of those weird fringes.” But on a more serious note, the local art market seems, to him, to sit on the outskirts or fringes of the mainstream art world — save for a handful of conspicuously famous individuals.

He states, “I want the work to be a constant reminder of an iconic belief that we all once shared: a global commitment to love, hope and overcoming fear. The constant contradiction of recognizable and spatial entities, combined with controlled and uncontrolled forces — precise versus loose — come together to convey my message. 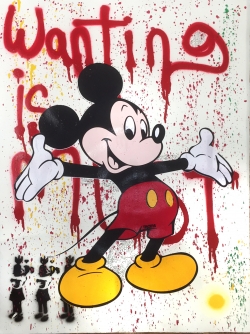 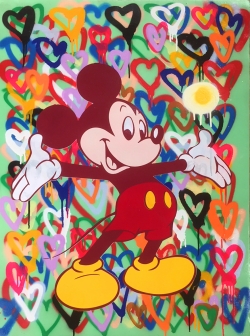